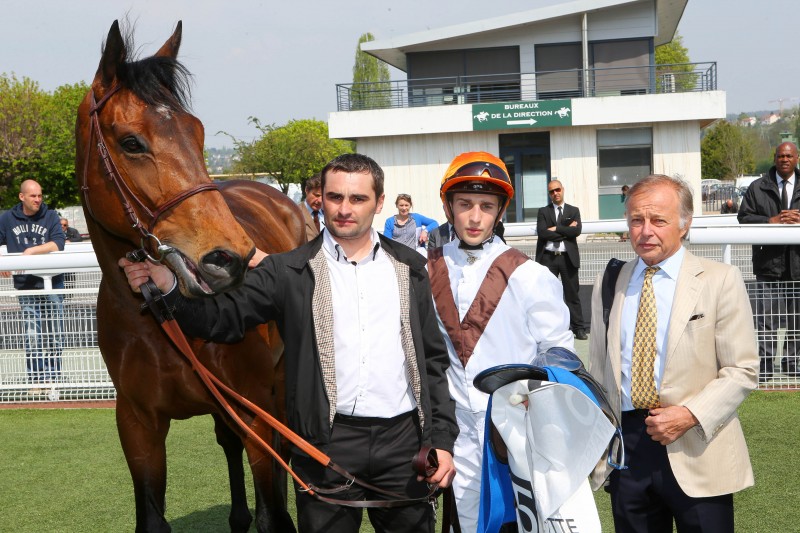 The Haras de Saint Pair’s Andalou broke his maiden on his second career start at Maisons Laffitte on April 17. The son of Dubawi took up the running a long way from home and then held the late challenge of the Godolphin Untold Secret to win by a nose.

The remainder of the field were 4 lengths and more behind and the first two look to be promising prospects. Andalou had finished fifth on his debut, 1 1/2 lengths behind Untold Secret, and is the second winner Freddy Head has trained for the Haras de Saint Pair this year. He is also the second winner for his dam Anna Mona, sold by Saint Pair at the 2014 Arqana December sale. Saint Pair has a half brother yearling colt by Holy Roman Emperor.

« IROMEA SECOND ON DEBUT AT TARBES
ROERO BACK ON FORM »