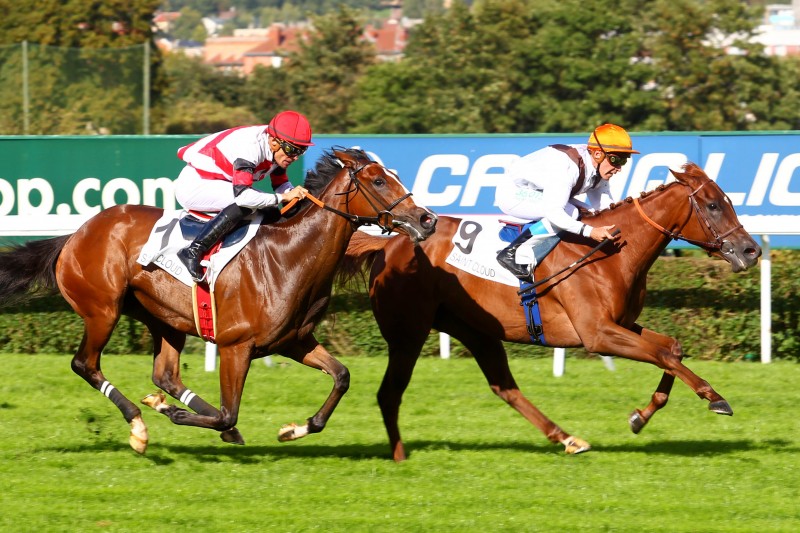 ANOTHER LISTED WIN FOR SAINT PAIR

ANOTHER LISTED WIN FOR SAINT PAIR

The Haras de Saint Pair remains among the top ten owners in France after Via Pisa became the third three year old filly to win a stakes race in France in 2015 carrying the stud’s colours. The Freddy Head trained daughter of Pivotal has won or placed in all eight of her career starts this year and held the late challenge of the German trained Nymeria to win the Listed Prix Coronation over 1600 metres at Saint Cloud on September 25.

Saint Pair has won Listed races in France with Via Pisa, Iromea, and Pearly Steph in 2015, while another three year old filly Via Manzoni was Group placed. It has won Group 2 races with the colts Ampere and Vadamos, and a Grade 3 in Canada with the four year old filly Marbre Rose. The stud’s only two year runner to date is Jimmy Two Times, who remains unbeaten after two starts.