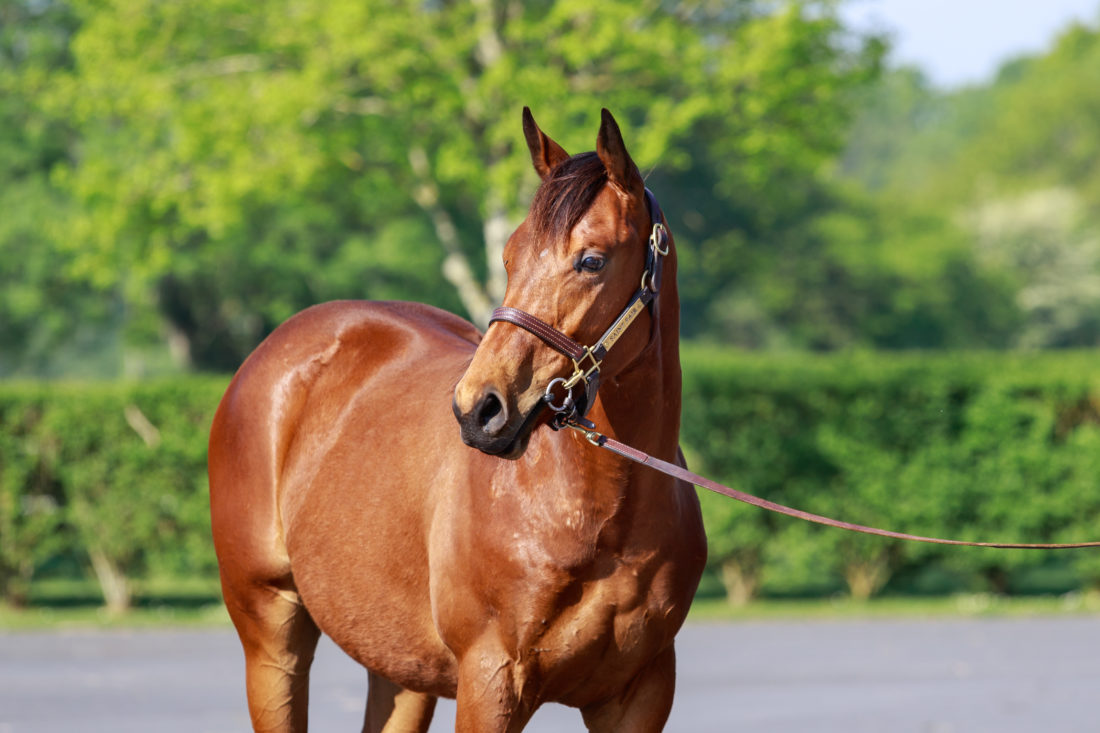 Jean-Louis Bouchard’s Green Fly looked once again like a colt with real potential when winning impressively in Bordeaux on May 9th on his first start over further than 1600 metres. The Jean Claude Rouget trained son of Frankel was held up in last place in the 1900 metre Classe 1 race and swept past his rivals in the closing stages to win with ease by 3/4 length from his stable companion the filly Subahiyah.

Green Fly now has two wins and two places from seven career starts and earnings of 84.000€. He was bred by the Haras de Saint and sold for 280.000€ as a yearling at Arqana to Chantilly Bloodstock. Green Fly is the second foal and first winner produced by his dam Via Pisa, a daughter of Pivotal and a 1/2 sister to the Japanese Champion Admire Mars. Via Pisa was a Listed winner and Group 1 placed herself. She has a two year old Kingman colt who was sold to Godolphin for 850.000€ at the Arqana December sale, a colt foal who is a full brother to Green Fly and was covered by Kingman in 2022. 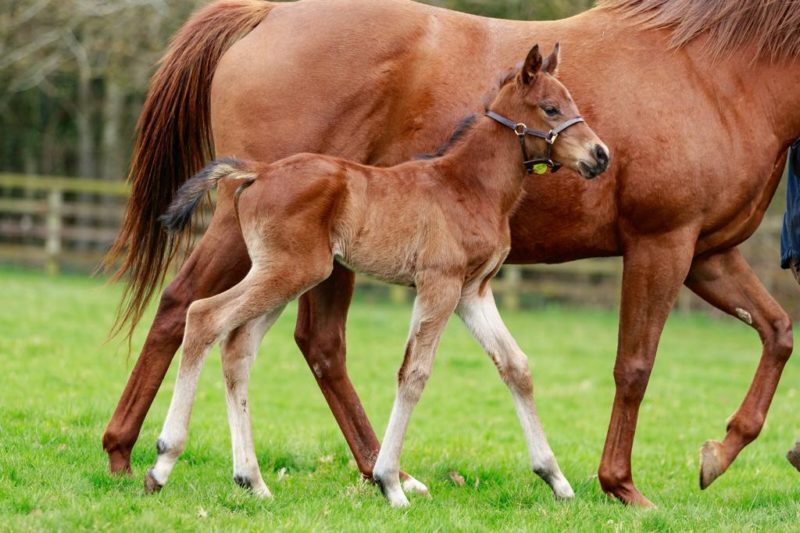 Green Fly as a foal with his dam Via Pisa