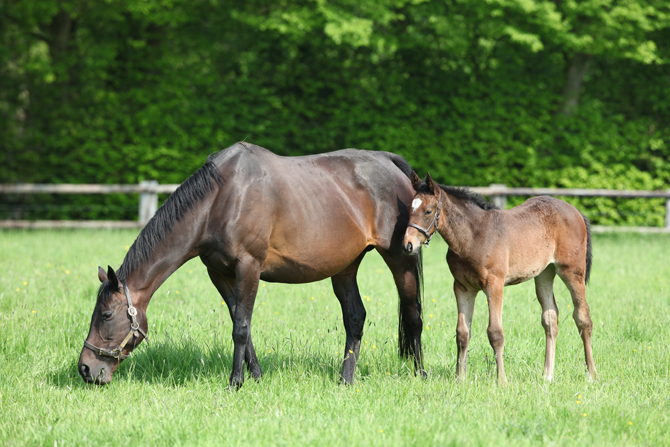 KAPOUR, a two year old colt by Toylsome out of Kitcat, made a winning debut at Mont-de-Marsan on Saturday, October 6 for the Haras de Saint Pair and trainer Francois Rohaut.

Kapour was always among the leaders in the Prix Renaud de Tauzia and quickened well to take a clear lead going into the straight and then again to regain the advantage when challenged by his stable companion Zamaam. At the line Kapour was a short neck in front and the Rohaut trained pair pulled 2 1/2 lengths away their rivals in the 2,000 metres event.  Rohaut watched the race at the sales in Saint Cloud. ‘Kapour has been ready to run for a while,’ he commented, ‘but I wanted to wait for a race over this trip. I think both the first two are useful colts.’

Kapour is the first winner for the Monsun mare Kitcat who was a Listed winner and Group placed over 1600 metres in Germany and Italy. She has a yearling filly by Shamardal, a filly foal by Dansili and is currently in foal to Turtle Bowl.