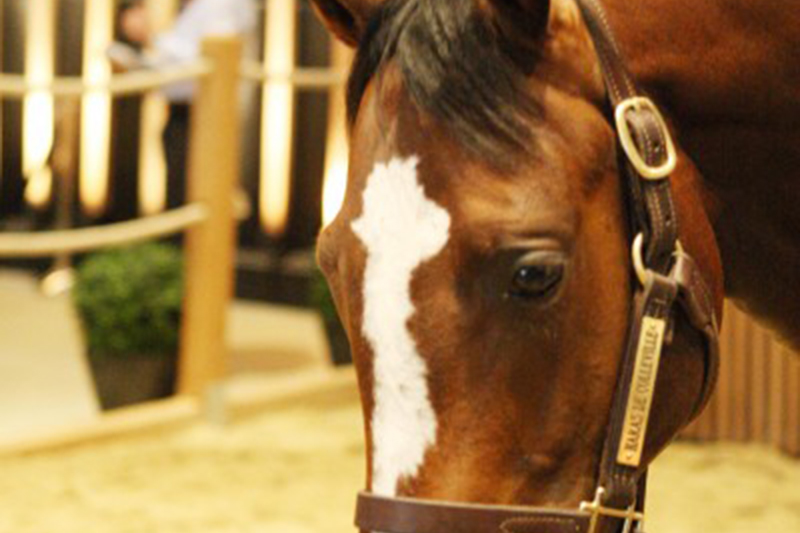 KENDARGENT AT THE SALES

KENDARGENT AT THE SALES

KENDARGENT continues to impress as a stalliion on the racecourse, and at the sales. The Haras de Colleville’s son of Kendor was a leading first season sire in 2011 and aside from the exploits of his daughter Restiadargent at Royal Ascot his second crop of two year olds already has three winners, including the filly Kensea who runs in the Listed EBF Criterium in Deauville on August 21.

Kendargent had two colts in the Arqana August sale who made 95,000, for a full brother to Restiadargent, and 105,000 for a son of Sabasha. The colt out of Sabasha attracted Jean Claude Rouget, Francois Rohaut and Irish pinhookers Paddy Twomey and Wille Browne into the ring but was purchased by Alain Decrion on behalf of Jean Claude Seroul.

« SPINAMIX AGAIN
TROIS LUNES IS BACK »