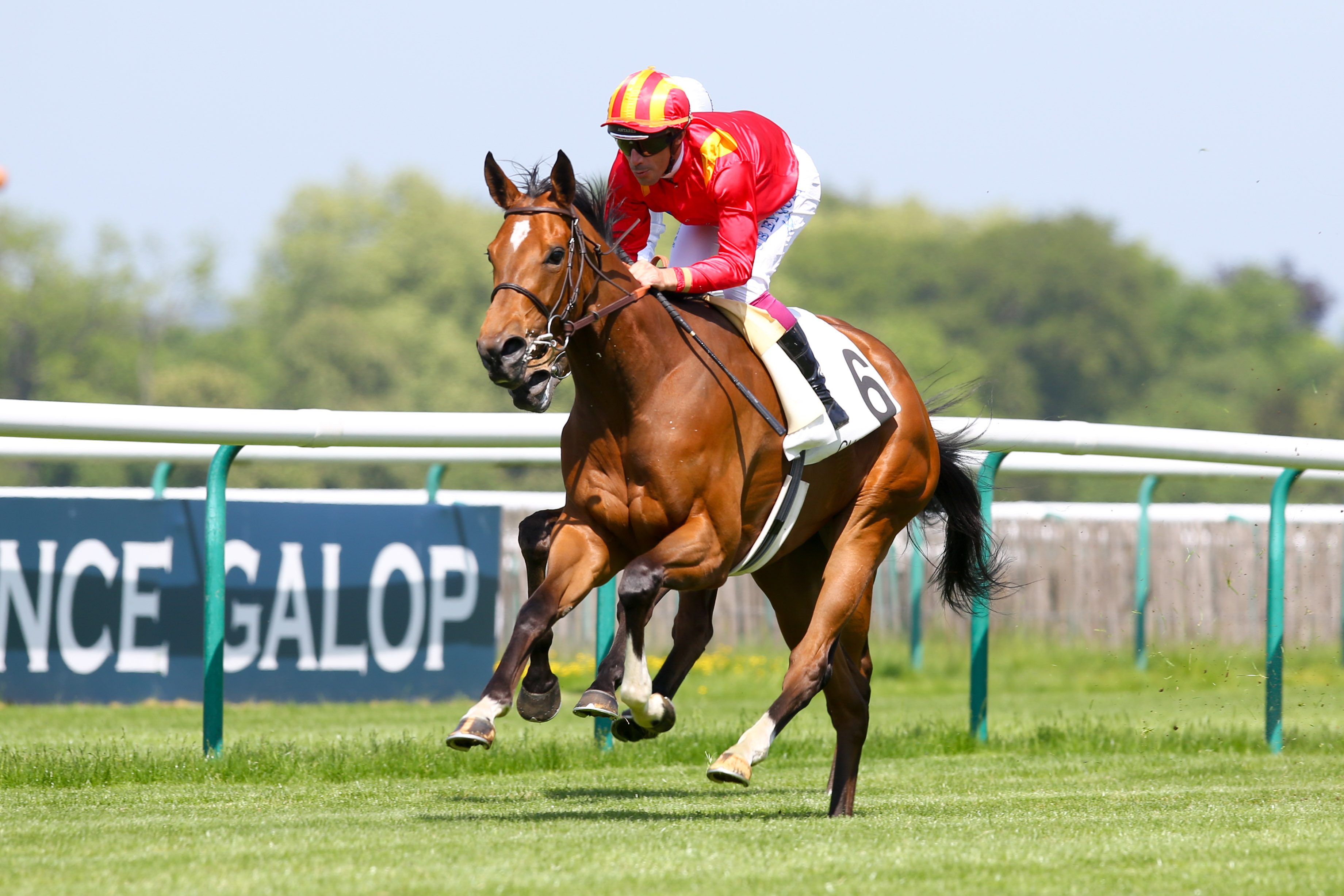 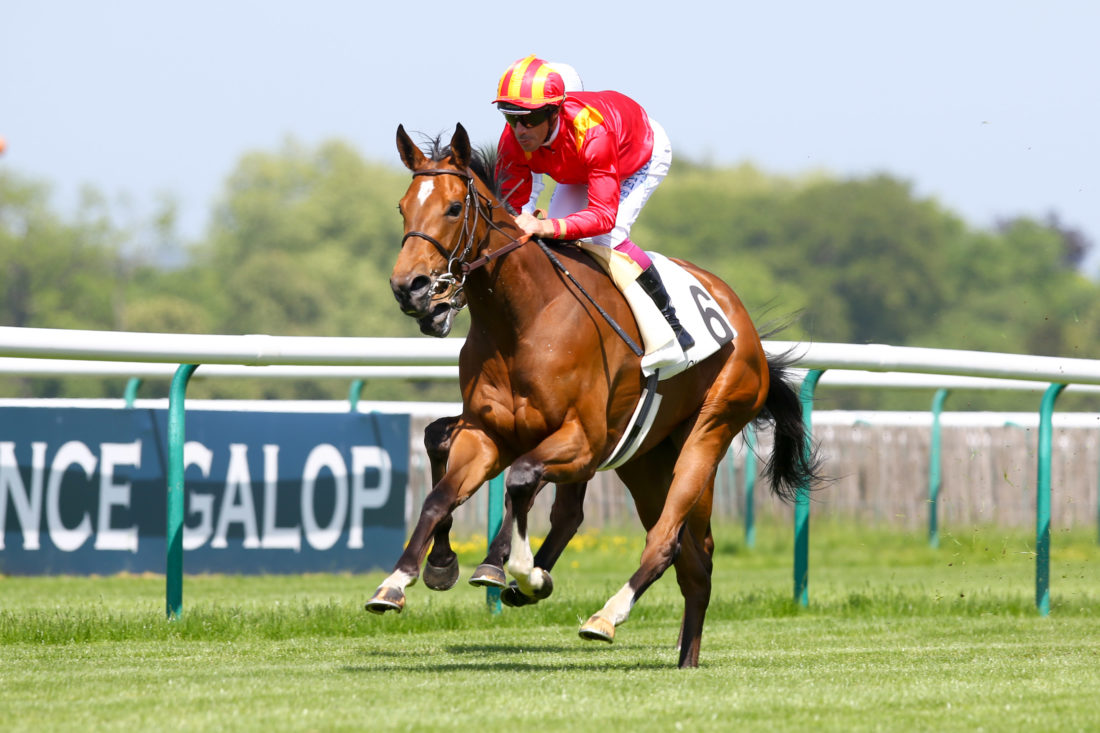 Lady Athenia, a Redoute’s Choice filly trained by Yan Durepaire for John Hutchins, was an impressive winner of the Class 1 race over 2100 metres at Chantilly on May 18th. The three year old filly, who is still entered in the Prix de Diane, to be run over the same course and distance on June 17th was making her seasonal reappearance after winning her second start at two in Toulouse last November.

Lady Athenia followed the early leader in a fast run race and quickened away from her rivals in the straight to win comfortably by 3/4 lengths and 2 lengths. She looks to be a high class prospect. She is the second foal of her dam Monblue, a daughter of Monsun. Monblue was Listed placed in the colours of the Haras de Saint Pair in 2012 and was sold to Belmont Bloodstock at the 2013 Arqana December sale for 400.000 euros in foal to Soldier Hollow. 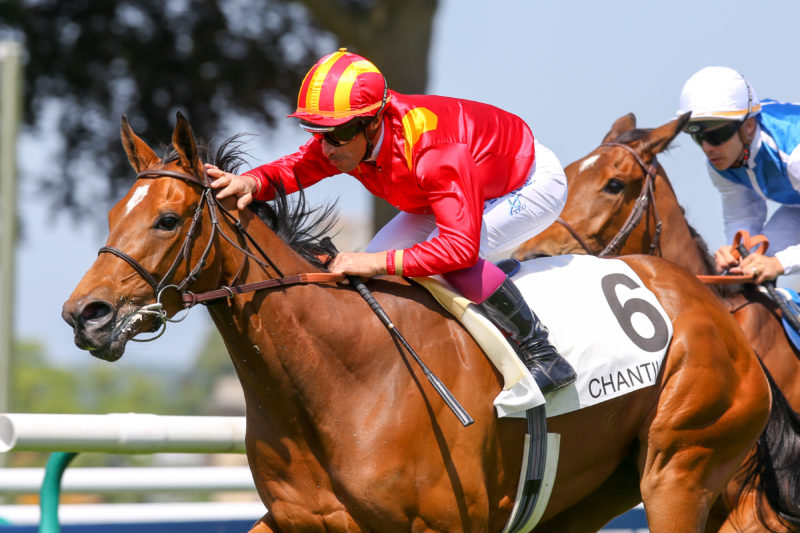