Lucky Lycra made all the running and held the late challenge of Sunny Queen to win the Group 3 Grosser Preis der Mehl-Mulhens Stiftung over 2200 metres at Hanover on October 25th. The four year old daughter of Olympic Glory and Pearl Banks is trained by Francois Rohaut and was given an excellent ride by Thomas Trullier. A Listed winner at three Lucky Lycra now has three wins and three places from 12 career starts.

She was bred by the Haras de Saint Pair and sold as a yearling at the Arqana October sale to Al Shaqab for 145.000 euros. Her dam Pearl Banks also won a Group 3 in Germany and has bred four winners from five foals of racing age including the Listed winner Pearly Steph, Lucky Lycra and the three year old Invincible Spirit filly Pearls Galore who was runner up in a Group 3 in Ireland on her latest start. Her yearling filly by Dark Angel was retain by Saint Pair and is in training with Rohaut, she has a colt foal by Shalaa and was covered in 2020 by Too Darn Hot. 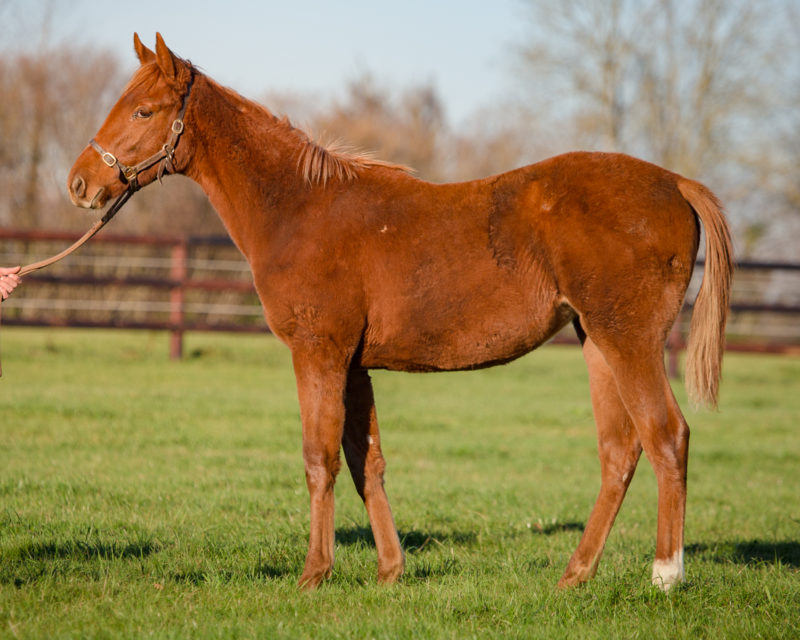