The Haras de Saint Pair’s Pearls Angel made all the running for a comfortable length victory over 1500 at Tarbes on June 11th. The three year old Dark Angel filly had been off the track for nearly ten months since making a promising debut last September. Trained by Francois Rohaut and ridden by Valentin Seguy Pearls Angel looks set to go up in class in the future after this defeat of another lightly raced filly Merri with the remainder 2 1/2 lengths and more behind.

Pearls Angel is the sixth foal and fifth winner produced by the Pivotal mare Pearl Banks. Her half sisters include Pearls Galore, a multiple Group winner for Paddy Twomey and Saint Pair in Ireland, Lucky Lycra, a Group 3 winner in Germany and the French Listed winner Pearly Steph,  whose three year old Frankel filly was stakes placed at Goodwood this year. Pearls Banks s a daughter of the Prix Vermille winner and Saint Pair’s foundation mare Pearly Shells. Pearl Banks has a filly foal by Kingman and is in foal to Galiway. Pearls Angel was offered at the Arqana select yearling sale and bought back at 100.000€.

Saint Pair bred ten three year olds of 2022 and Pearls Angel is the sixth winner to date, the remainder also include three Group/stakes horses to date. Saint Pair will be offering yearlings at this year’s Arqana August sale in Deauville. 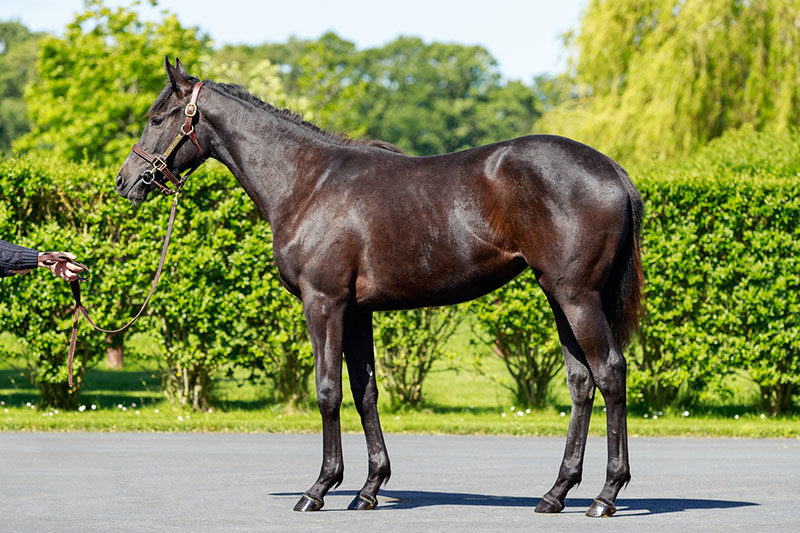