Pearls Galore made an impressive winning seasonal debut in the one mile Listed Heritage Stakes at Leopardstown on April 6th. The Haras de Saint Pair’s daughter of Invincible Spirit was held up behind the leader Pretreville before quickening past him in the final furlong to win going away by 2 1/2 lengths with the Group 1 winner Cadillac a length behind in third. Pearls Galore was carrying a 5lbs penalty for her Group wins in 2021 and looks to be as good, if not better, as a five year old.

She will continue to compete in top races over the coming months with the aim of winning  a Group 1, she was second in two last year the Prix de la Foret at ParisLongchamp and the Matron Stakes at Leopardstown. Her dam Pearl Banks is a daughter of the Saint Pair foundation mare the Prix Vermeille winner Pearly Shells. She has a filly foal by Kingman and has been covered in 2022 by Galiway. 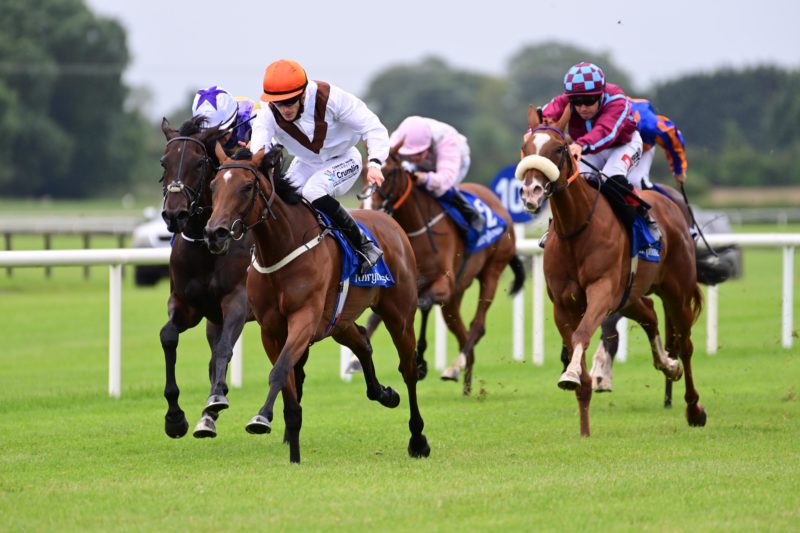