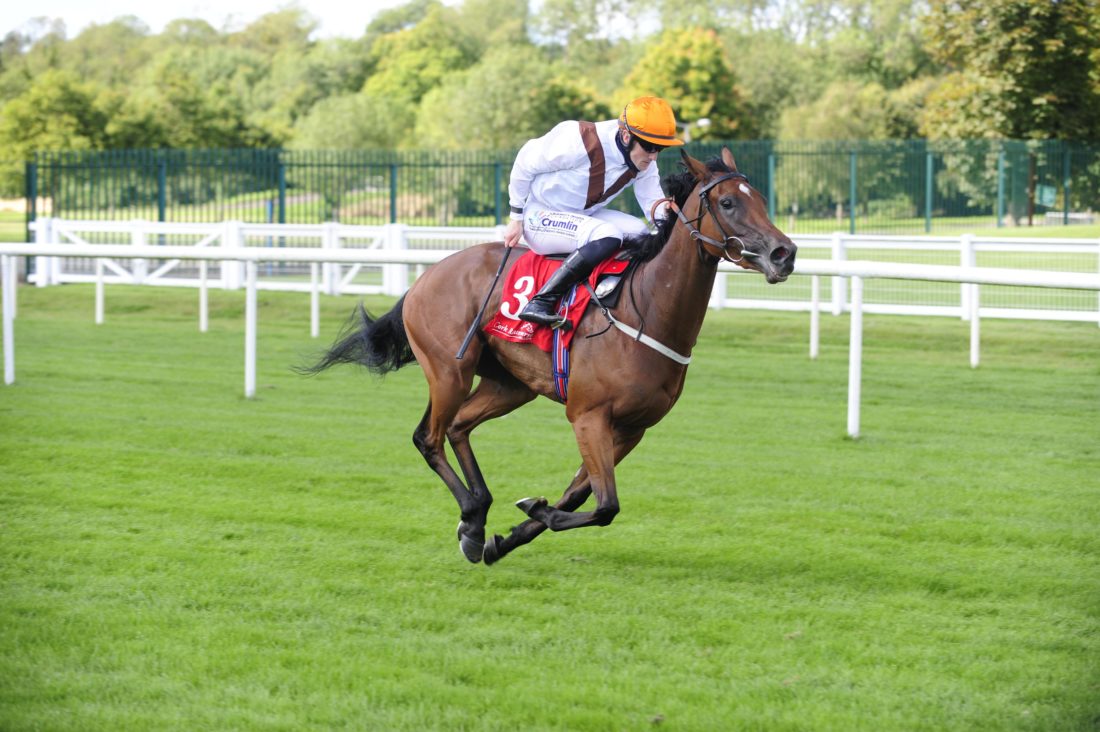 The Haras de Saint Pair’s Pearls Galore ran out an impressive winner of the Group 3 Coolmore Stud No Nay Never Fairy Bridge Stakes over 7 1/2 furlongs at Tipperary on August 26th. The four year old daughter of Invincible Spirit and Pearls Banks was always prominent and quickened right away from her rivals once in the straight to win by 1 3/4 length from the fast finishing Roca Roma. Since moving to Ireland and the stable of Paddy Twomey Pearls Galore has now won four races including two Group 3’s from seven starts. After winning her second Group race in a row carrying a 3lbs penalty her trainer suggested she is likely to make her next start in a Group 1 in either Ireland, England, France or the United States.

Pearls Galore is the third Group/stakes winner produced by her dam Pearls Bank. The daughter of Pivotal has a two year old Dark Angel filly Pearls Angel who is in training with Francois Rohaut for Saint Pair and is currently in foal to Kingman.