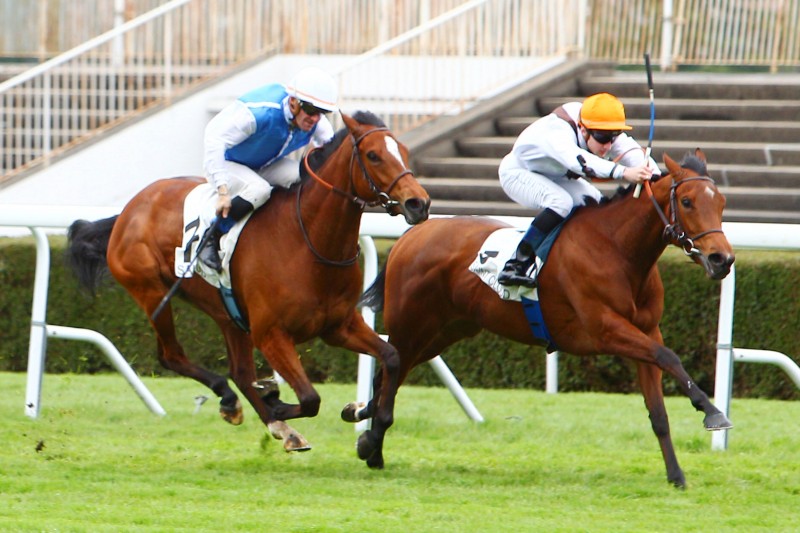 Pearly Steph put herself in line for a Classic trial with a brilliant victory in the Prix Polly Girl at Saint Cloud on March 28th. The Haras de Saint Pair’s daughter of Oasis Dream settled comfortably behind the leaders in a slowly run race and then quickened to take a clear lead with 300 metres to run. The Freddy Head trained filly was strongly challenged by Bilissie in the closing stages but she acclerated a second time and drew away for a comfortable 3/4 length victory.

Pearly Steph is the first foal of the Group winning Pivotal mare Pearl Banks. She has a two-year-old full sister in training in Ireland, and a foal half sister by Invincible Spirit. Pearly Steph is entered in the Group 3 Prix de la Grotte, due to be run at Longchamp on April 12th, as well as the Poule d’Essai des Pouliches, the Saint Alary and the Prix de Diane.

« VIA PISE MAKES PROMISING DEBUT
VIA MANZONI FOURTH IN FINLANDE »