Saint Pair offers three fillies at the Arqana December sale, Amourdargent, Via Liguria and Perle d’Auge, as well as Jukebox Dancer who is being sold by a partnership from her trainer Nicolas Clement.

Amourdargent Lot 240 is a two year old Kendargent filly who has been only narrowly beaten on her two latest starts for trainer Jean Claude Rouget over 1800 metres. She is the first foal of the Montjeu mare Amorine, who comes from an outstanding family full of Group 1 horses including Triptych, Odeliz, Amorama and her close relation Ampere who was placed in the Group 1 Grand Prix de Paris in the colours of Saint Pair. Amourdargent improved when stepping up in trip and looks likely to make up into a useful middle distance performer at three. Her sire Kendargent is one of the most promising young broodmare sires in Europe.

Via Luguria Lot 217 is a three year old Lope de Vega filly who was placed in high class maidens on her first two starts before being unlucky on her two subsequent runs. She is the first foal of the Monsun mare Via Manzoni who comes from the family of the Japanese Champion Admire Mars and Saint Pair’s Group 1 filly Via Ravenna. Via Manzoni’s two year old Frankel colt was sold for 525.000gns as a yearling and is in training with Henri Francois Devin, her yearling goes into training with Jean Claude Rouget for Saint Pair and she has a filly foal by Shamardal. 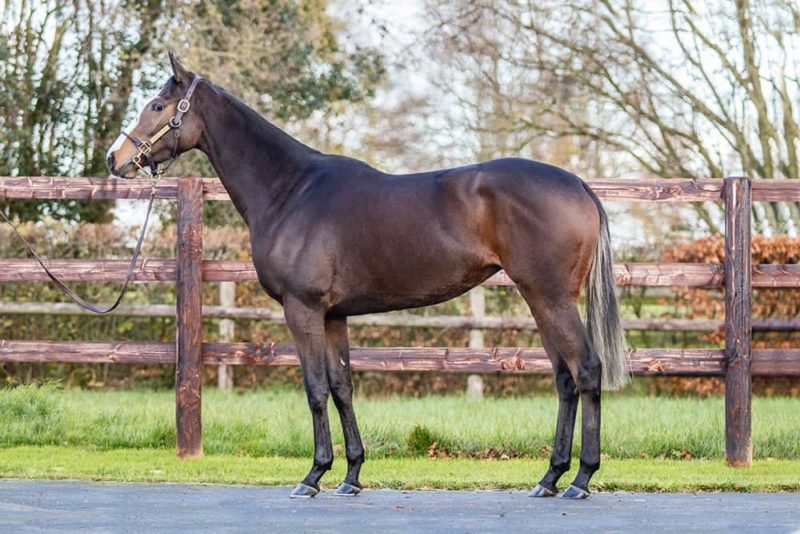