The Haras de Saint Pairis offering four yearlings at the Tattersalls October 1 yearling sale, due to be held in Newmarket from October 6-8. Lot 68, a half sister to the Classic performer and Saint Pair mare Irish Rookie by frist season sire Profitable. Irish Rookie was beaten only 3/4 length by Ervedya in the Group 1 Poule d’Essai des Pouiches and was also third to Esoterique in the Group 1 Sun Charot Stakes also at a mile earning a rating of 113. Her first foal the Dubawi colt Mithras made a particularly promising debut in August for trainer John Gosden. Another half sister Alice Rose is the dam of the Night of Thunder colt Zamaani who has won two races at two in England this year and is rated 99.

Lot 305 is a Frankel filly out of the stakes winner Pearly Steph, (photo). Pearly Steph won a Listed at Longchamp over a mile and was a close up fourth in the Group 3 Prix Chloe over nine furlongs earning a rating of 102. Pearly Steph is a daughter of granddaughter of Saint Pair’s foundation mare the Prix Vermeille winner Pearly Shells and is now a half sister to two other stakes fillies as the 2020 three year old Pearls Galore has won two races in Ireland this year for trainer Paddy Twomey and was second in the Group 3 Fairy Bridge Stakes over seven furlongs and is now rated 108.

Lot 502 is a Kodiac colt out of Trois Lunes and so a close relation to the multiple Group horse Trais Fluors. Trais Fluors is still racing for trainer Ken Condon in 2020 but the son of Dansii was at his peak as a three year old he was rated 117 after finishing second to Thunder Snow in the Group 1 Prix Jean Prat and fourth in the Group 1 Prix Jacques le Marois beaten less than 2 lengths by the winner Al Wukair.

Finally Lot 517 is a colt from the first crop of European Champion Almanzor out of Waldjagd and so a from the magic ‘W’ family which has produced top horses like Waldgeist and Masked Marvel in recent years. Waldjagd has produced three winners including Urwald who was rated 108 after winning a Listed over seven furlongs at Longchamp as a three year old. Her three year old Muhaarar filly Jukebox Dancer was an unlucky second on her latest start over 1400m at Saint Cloud and looks set to break her maiden soon. 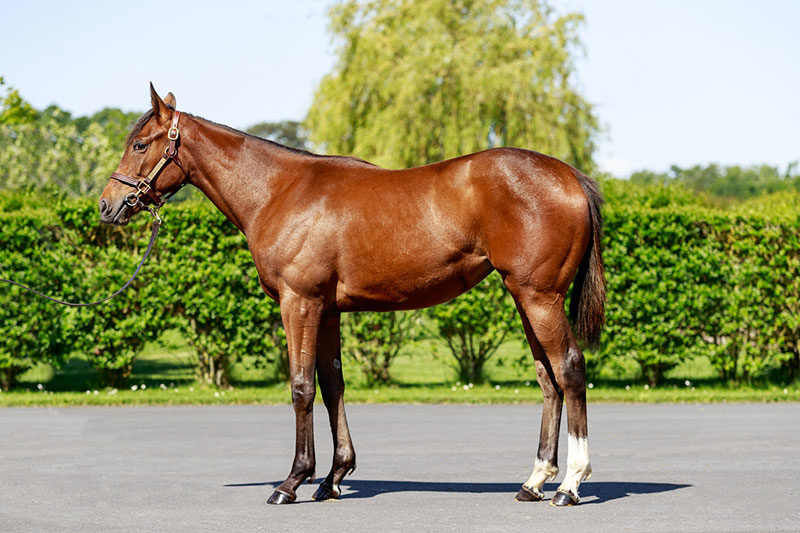