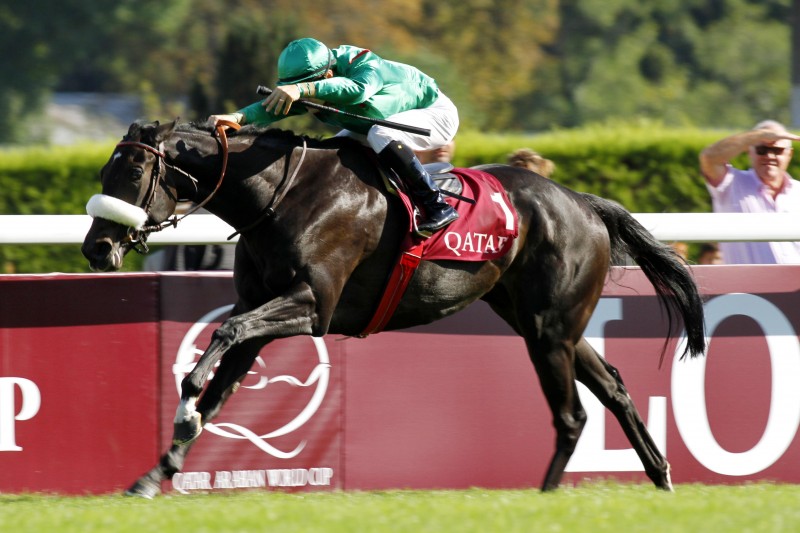 SINNDAR IS A TOP SIRE

SINNDAR IS A TOP SIRE

SHARETA, the Aga Khan’s daughter of Sinndar, won her second Group 1 in three weeks when taking the Prix Vermeille at Longchamp on September 16,  following on from her victory in the Yorkshire Oaks at the end of August.

Since moving to the Haras de Bonneval for the 2006 season Sinndar has confirmed that he is among the best older stallions in Europe. His first three French crops of three year olds included a total of only 151 foals. These included two champion fillies in Shareta, and the champion two year old Rosanara, as well as Model Pupil, beaten a nose in the Chester Vase this year, and the Group winning fillies Gertrude Bell and Valasyra. Overall 3.3% have achieved a rating of 110 or higher and 12% 95 or higher.

Sinndar’s three year old this year include the Haras de Saint Pair’s stakes winning filly FAIRLY FAIR, now back in training with Alain de Royer Dupre, and then the very promising colts Model Pupil, in training in England with Charlie Hills and Sharivar, in training in Germany with Andreas Wohler. as well as numerous useful performers like Syndic, Sydarra and Sindars Secret. Sinndar has fifty two year olds and the only runner to date is Kastillo, the winner of two of his three starts including a valuable sales race in Dortmund on September 16. FAIRLY FAIR has a full brother born this year.

« A LISTED ON THE WAY TO FRANCE
A FUTURE STAR? »