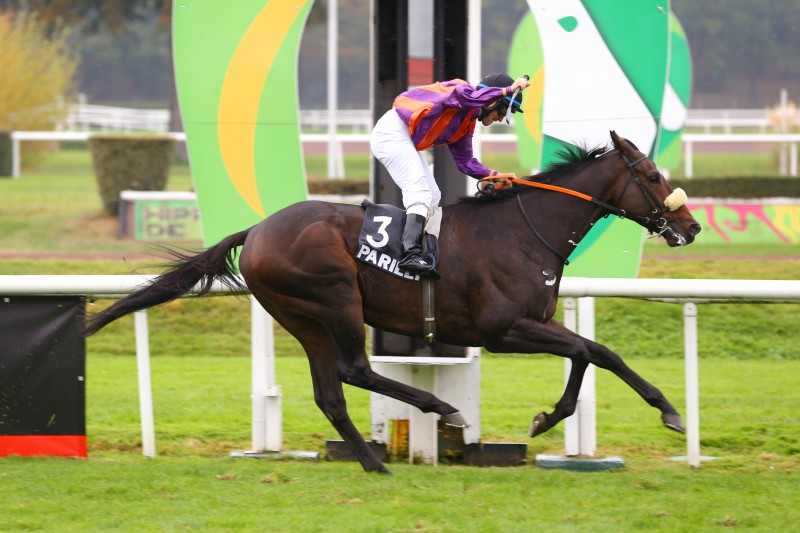 Subway Dancer, a four year old bred by the Haras de Saint Pair and owned, trained and ridden by Radek Koplik by all the running and held on for a comfortable 3 1/2 length victory in the Group 3 Prix Andre Baboin in Lyon on October 12th.

Subway Dancer was offered at the 2013 Deauville October yearling sale but was bought back at 60.000 euros. As a two and three year old the son of Shamardal was trained by Andre Fabre for Saint Pair and was entered in the Prix du Jockey-Club and Grand Prix de Paris but never made it to the racecourse and was sold to Chris Richner for 3.000 euros at the 2015 Deauville Autumn sale.

For Koplik he broke his maiden at Wissembourg in May but has improved dramatically since early September when ridden from the front by Koplik himself, beating an excellent field at Compiegne and then confirming his quality by beating the proven stakes horses Master’s Spirit and Alakana to win his first Group race in Lyon. This was a high clss performace and Subway Dancer looks likely to win more Group races when allowed to dictate from the front.

Subway Dancer is the third foal of the Group 3 winning Galileo mare Sub Rose. Undefeated herself Sub Rose was a brilliant winner of the Prix de Royaumont at Chantilly on her second and last start. She has a two year old Dubawi colt who is in training with Godolphin, a colt foal by Dark Angel and is in foal to Kendargent.