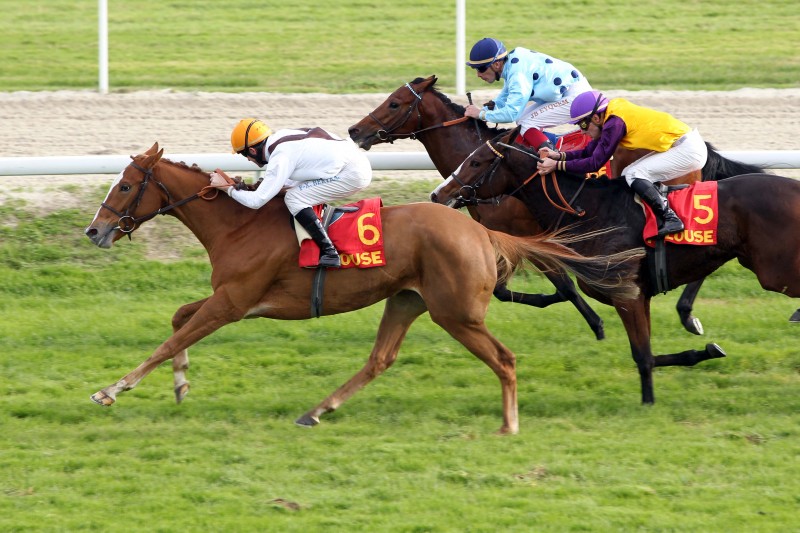 SUSHI TUNA, a two year old Halling filly trained by Francois Rohaut for the Haras de Saint Pair came from last to first in the straight to win the Listed Criterium de Languedoc at Toulouse on November 8th. Sushi Tuna has now won three of her five career starts and looks to be progressing fast. This was her first run in the colours of Saint Pair after winnig two claimers at Longchamp for Carlos Laffon Parias, and after looking outpaced for a moment when the leaders quickened she won going away.