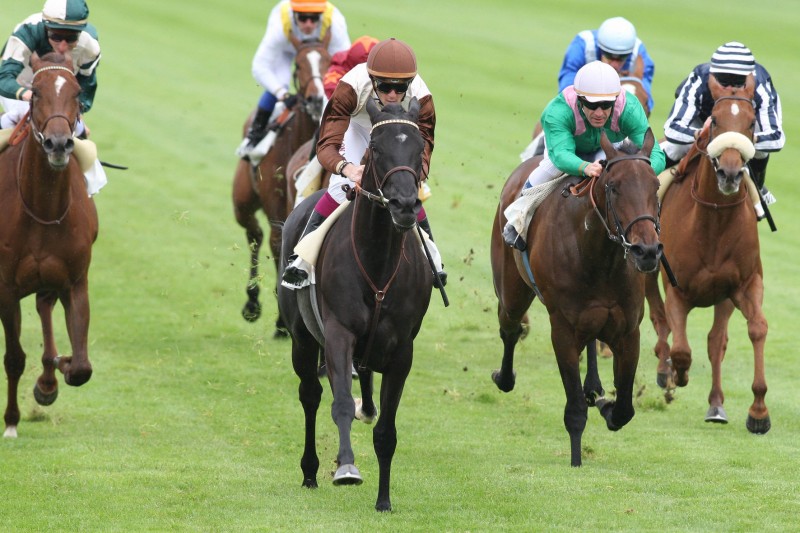 Table Ronde, a three year old half sister to the Haras de Saint Pair’s Amorama, was a brilliant winner of the Listed Prix Volterra at Chantilly on May 14th. The daughter of Astronomer Royal remains unbeaten after three starts and looked better than ever on her first start on turf. Carrying the colours of Yolande Seydou de Clausonne Table Ronde quickened clear of the field without having to be asked for any serious effort. The Jean Claude Rouget trained filly is sure to aimed at Group races in the future.

Table Ronde is the fourth stakes horse produced by Tanzania, a grand daughter of Trillion, after the Grade 1 winner Amorama, the stakes placed Milwaukee, and this year’s Japanese stakes winner Uncoiled. Tanzania has a two year old filly by Myboycharlie who was purchased by Sheikh Mohammed Al Thani at the Arqana Breeze Up in May for 110.000 euros. Amorama has a two year old filly by Montjeu called Amorine and a yearling colt by Galileo. She was covered by Lawman in 2013.