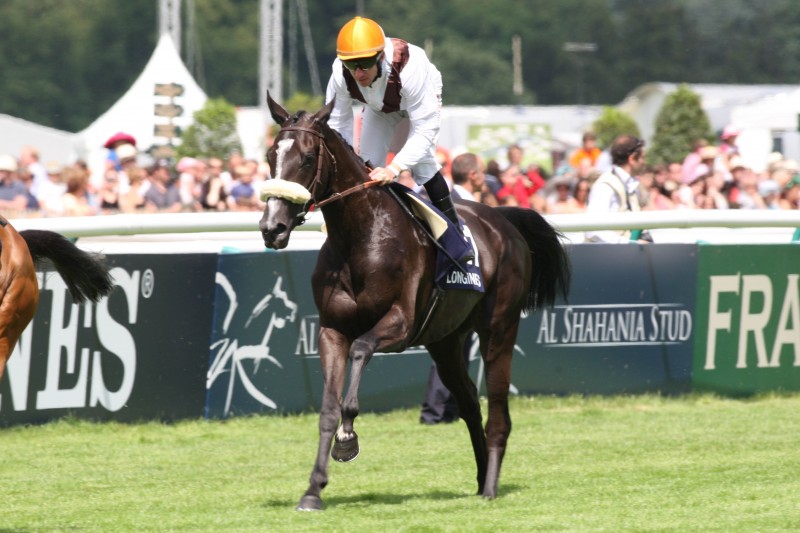 TROIS LUNES, the winner of the Gr 3 Prix de Vanteaux at Longchamp in April in the colours of the Haras de Saint Pair, makes her first start since disappointing in the Gr 1 Prix de Diane in the Gr 2 Prix de la Nonette in Deauville on Tuesday August 21.

The daughter of Manduro has six rivals including the fellow Group winners Ridasiyna and Leaupartie as well as the Group placed Romantica. The form of the Vanteaux has worked out well with the second Sagawara winning a Gr 1 and the third Rock Me Baby twice being placed in Group races since and so at her best the Francois Rohaut trained has a first class chance.

Trois Lunes yearling half sister by Rock of Gibraltar was sold to Chantilly Bloodstock for 95,000 euros at the Arqana August sale by the Haras du Cadran.