With his European pedigree and dirt performances Street Cry was not particularly popular when he retired to stud at Jonabell in 2004 to stand at $30.000. However he has proved to be a sire capable of producing top horses on every surface and every continent and his daughters are turning him into one of the great broodmare sires who will leave a long term mark on the breed.

Saint Pair has the eleven year old Street Cry mare Dardiza, (photo with her 2017 Wootton Bassett colt the G3 winner Guildsman). A non winner when racing for the Aga Khan Dardiza is a half sister to the dam of the European Champion and Haras d’Etreham sire Almanzor. She has a yearling filly by Zoustar and is in foal to Kingman. 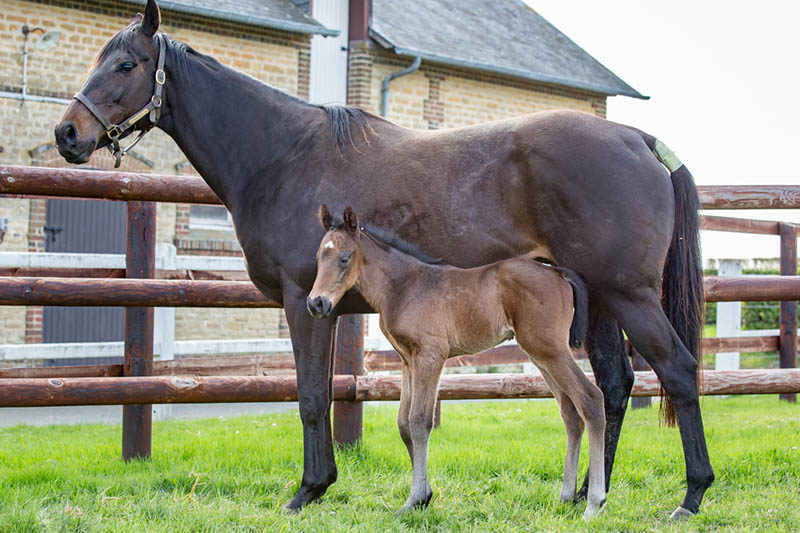