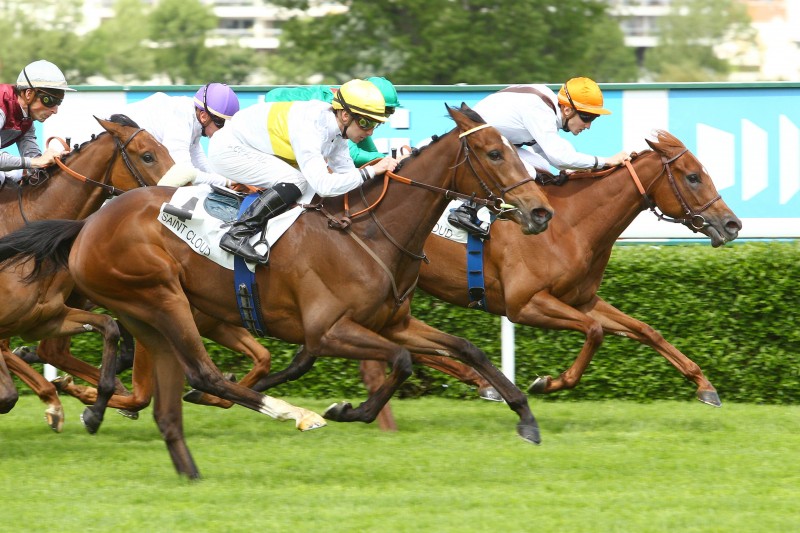 VIA PISA AND IROMEA SECOND

VIA PISA AND IROMEA SECOND

Two of the Haras de Saint Pair’s three-year-old fillies, Via Pisa trained by Freddy Head and Iromea trained by Francois Rohaut, look to be very close to breaking their maidens after recording excellent second places at Saint Cloud and Dax respectively.

The Pivotal filly Via Pisa (photo) is progressing with racing and has now finished fourth, third and second on her three starts to date. At Saint Cloud on May 5 she was stepped up to 2000 metres and after quickening into what looked like a winning lead, was passed in the final 100 metres by Rosa Tea and finished second beaten by 1/2 length.

The Dansili filly Iromea has now been runner-up on both of her starts to date. Running at Dax over 2100 metres on May 8 she too looked like winning for a long time, coming into the straight in the lead, but she was passed in the final metres by the Spanish trained colt Amaro Pargo and was beaten by 2 1/2 lengths.